Peter Morici, writing in The Street, argues that Obama's new $50 billion proposal will do little to help the job market, since it is funded by cuts from other areas. Additionally, payroll taxes do not get to the root of the problem for small businesses - the lack of customers and orders. See the following post from The Street. 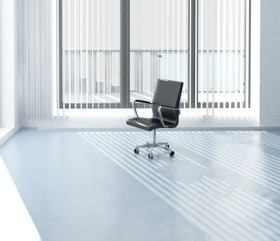 With congressional Democrats facing a November shellacking, President Obama is floating new programs to aid troubled homeowners and create jobs that will prove costly and ineffective.

Of new private sector jobs, 40,000 were in health care and social assistance --largely financed by government largess and federal mandates -- while temporary services accounted for another 17,000.

My index of core private sector employment -- private sector jobs less health care, social assistance and temp services -- was up a paltry 10,000. On an annual basis, that would be less than 5% of new high school and college graduates.

Now, the president wants another $50 billion in infrastructure spending, stretched over six years and funded by cuts elsewhere. Though adding to construction and supply industry employment, cutting other spending would subtract jobs elsewhere.

Also, the president proposes repealing the Bush tax cuts for families earning more than $250,000 and using the money to forgive some payroll taxes for new hires by small businesses.

What the president does not reveal is his policy would hike to 50% the marginal tax rates on enterprises that account for more than half of all small business profits, the very mom-and-pop enterprises he wants to hire the unemployed.

Restaurants and machine shops are not hiring, because they don't have enough diners and factory orders. A modest hiring subsidy won't solve that problem, but new taxes and health care mandates could persuade small businesses to close shop altogether.

The history of investment and employment tax credits is that those only have modest immediate effects because several months later enterprises spend less -- much like the recent experience with "cash for clunkers" and auto sales, and tax credits for first-time homebuyers.

In the end, businesses build, and staff with workers only as much capacity as the demand for what they sell will justify.

Demand for what Americans make is tanking thanks to a growing trade deficit with China instigated by trade agreements negotiated by President Clinton, and fear instilled by the Pelosi-era Democratic Party's obsession with taxes and regulations for businesses and personal behavior.

The president already has in place programs to help distressed homeowners behind on mortgages. Those aid too few families because banks can't rework mortgages for underemployed workers with low incomes and the federal bureaucracy is so ineffective at implementing presidential policy.

Now the White House proposes that homeowners, up-to-date on payments but whose mortgages exceed value of their homes, be forgiven by banks and investors the equity gap and the Federal Housing Administration back up new mortgages on the market values of those homes.

Wisely, banks and investors are reluctant to write off debt on performing loans --- they may actually get out what they are owed in the long run. Banks are likely to hoist onto the FHA -- and the taxpayer -- homeowners they believe are likely to fall behind on payments soon.

It's another election year ploy that will blow up later because those new loans will fail and require much higher fees for honest FHA mortgages.

When Republicans point out the shortcomings of those proposed jobs and mortgage initiatives, President Obama will cast them as cynical defenders of the rich.

President Obama likes to claim conditions are better now than when he took over from President Bush. But things are getting worse, and this November voters elect a congress and speaker, not a president.

When Nancy Pelosi and Democrats took control in January 2007, the federal deficit was $161 billion and unemployment was 4.6%. Subsequently, Wall Street, with help from Clinton's repeal of Glass Steagall, threw the economy into the Great Recession, and Pelosi and Obama have since spent and regulated recklessly with few positive results.

If President Obama insists on teaching Americans economic history, his syllabus should give adequate attention to all the contributors to the catastrophe we now endure.

This post by Peter Morici has been republished from The Street.
Posted by: NuWire Investor @ 5:51 AM