Should The Fed Raise Inflation Targets?

As the US economy continues to weaken, the risk of double dip recession seems to be rising and has resulted in the Fed preparing itself to launch additional levers to stimulate the economy. One option that the Fed is discussing is raising inflation targets, which could undermine confidence in the economy and create more volatility in the marketplace; however, some experts argue that with inflation currently trending significantly lower than expected, that getting back to a base line inflation rate could be beneficial to economic growth. See the following post from The Capital Spectator. 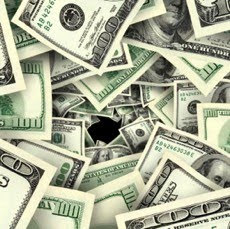 At yesterday's central banking confab in Jackson Hole, Fed Chairman outlined what the Fed can do to further juice the economy. The initial reaction from the stock market was positive, with the S&P 500 jumping 1.7% on Friday. But in a sign of the treacherous road ahead, the bond market was unimpressed. Bonds sold off yesterday and the benchmark 10-year Treasury Note yield rose to 2.65%, the highest since August 13. Yes, folks, it's going to get complicated from here on out.

The priority, of course, is minimizing the odds of a new recession. The central bank's big guns have already been fired in that pursuit, and so expectations for monetary policy are falling, and rightly so. But there's more to do, if and when Bernanke and company are persuaded that it's time to act (again). As the Fed chairman explained yesterday, the remaining levers include:

1) additional purchases of government debt and other securities to lower long rates.
2) launch a new rhetorical war on the price of money by talking tough on promising (threatening?) to keep short rates low for a longer period than the market anticipates at the moment.
3) reduce/eliminate the already meager 25 basis points the Fed pays to banks for reserves.
4) Hike the Fed's inflation target as a further incentive for banks to lend money instead of sitting on cash.

Based on Bernanke's commentary, buying more debt and talking down long rates are the preferred lines of attack for rolling out a new round of quantitative easing. Cutting Fed funds to zero and/or raising the inflation target, by contrast, are apparently off the table, at least for the moment, according to the Fed chairman. On the higher inflation target option, for instance, he explained:

such a strategy is inappropriate for the United States in current circumstances. Inflation expectations appear reasonably well-anchored, and both inflation expectations and actual inflation remain within a range consistent with price stability. In this context, raising the inflation objective would likely entail much greater costs than benefits. Inflation would be higher and probably more volatile under such a policy, undermining confidence and the ability of firms and households to make longer-term plans, while squandering the Fed's hard-won inflation credibility. Inflation expectations would also likely become significantly less stable, and risk premiums in asset markets--including inflation risk premiums--would rise. The combination of increased uncertainty for households and businesses, higher risk premiums in financial markets, and the potential for destabilizing movements in commodity and currency markets would likely overwhelm any benefits arising from this strategy.

But dismissing a higher inflation target seems premature at this point. For starters, inflation expectations have been something less than stable lately. As we discussed earlier in the week, the market has been anticipating falling inflation for the years ahead. Scott Sumner lays out the reasoning for raising the inflation target:

Draw a 2% trend line for core inflation from September 2008. We are now 1.4% below that trend line. Shoot for getting back to trend. I know that doesn’t sound like much stimulus, but given the slack in the economy it would actually take pretty fast [nominal GDP] growth to get 3.4% core inflation over 12 months. Or 2.7% over 24 months.

Meantime, there's the question of whether the bond market is set to throw a new wrench into the machine with higher long rates. Ultimately, the goal is to raise interest rates generally, but for the right reason: higher economic growth. The rise in the 10-year Treasury yield yesterday, by contrast, was spurred by worries that the Fed may still be reacting to macroeconomic events rather than making headway on getting in front of the challenge.

Ultimately, it's all about the broad trend, and on that front there's still reason to worry, as the latest data point reminds. Yesterday's news advised that GDP for the second quarter was revised down sharply. The economic numbers generally are still weakening. The double-dip risk isn't yet absolute, but it's rising. Next week we'll have additional information to digest. The highlights:
On the employment outlook, the consensus forecast among economists is a net loss of 100,000-plus in nonfarm payrolls, according to Briefing.com. What more do you need to know?

This article has been republished from James Picerno's blog, The Capital Spectator.