Income And Spending Close To Stagnating

The increase in income and spending over the past 12 months is nearly zero and consumer spending is expected to slow in the second half according to economists like Ryan Sweet of Economy.com. The personal savings rate has increased by threefold since 2007, which some analysts believe will help spending when income rises. See the following post from The Capital Spectator. 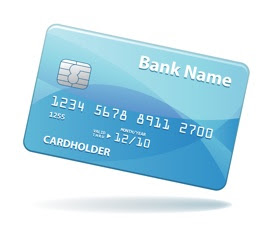 as a whole lot of nothing. Literally. Disposable personal income and personal consumption expenditures were both flat last month vs. May. That’s not terribly surprising these days, but it’s hardly encouraging. Perhaps the best we can say is that it’s more of the same. Or, if you prefer, think of it as the latest installment on the new normal, which Pimco's Bill Gross defines as "deleveraging, reregulation and deglobalization, all of which promote slower economic growth and lower inflation in developed economies while substantially bypassing emerging market countries that have more favorable initial conditions."

The June spending and income numbers are a metaphor for the larger economic trend, which appears to be stuck in neutral, albeit with worries that it could deteriorate into something worse. “Consumers are still hunkered down,” Ryan Sweet, a senior economist at Moody’s Economy.com, told Bloomberg News before the report was released. “The second half of this year we’re going to see slower spending.” Now that we have the numbers in hand, there’s little reason to think otherwise.

Monthly data is statistically noisy, of course, which inspires looking at the longer-term trend. How does that stack up on income and spending? Better in the sense that the rolling 12-month changes on these two measures are above zero, which is more than you can say for the June numbers. But as the graph below shows, the annual pace of change with income and spending looks dangerously close to stagnating as well.

Meantime, saving is back in vogue, today’s report shows. According to the AP:

The personal savings rate rose to 6.4 percent of after-tax incomes in June, the highest reading in nearly a year. The savings rate is now about three times the 2.1 percent average for all of 2007, before the recession began.

While income growth was flat in June, incomes did post solid gains in April and May. But households chose to save the extra money rather than spend it. Higher savings restrain spending in the near term. But the extra resources allow households to repair their tattered balance sheets.

"It is of some comfort that households now appear to have something of a cushion that can be used to pay down debt or support spending," said Paul Dales, U.S. economist at Capital Economics.

What’s comforting for household balance sheets, however, may be more complicated when it comes to prospects for recovery with the business cycle. In a consumer-dependent economy a.k.a. the United States, higher savings has a tendency to translate into lower spending, all else equal. But looking further out, hope still springs eternal. "The rebound in the savings rate is encouraging," Mark Vitner, senior economist at Wells Fargo, explained via CNNMoney.com. "It means that spending is likely to rise more in line with income whenever it grows."

Perhaps, but the basic calculus between growth and spending still hovers over the big picture. As Joshua Shapiro, chief U.S. Economist at MFR Inc., explained via The Wall Street Journal:

It is important to understand that recent consumption gains have been substantially fueled by higher government transfer payments (a source of income that due to its nature is 100% spent) and by impetus from a short-lived bounce in home sales spurred by the now defunct homebuyer tax credit. Neither of these is a sustainable source of spending increases, which ultimately must be financed by private sector job growth and consequent gains in wages and salaries.