GDP Growth Slowed In Second Quarter According To Advanced Estimate

The advanced estimate of GDP growth in the second quarter by the Bureau of Economic Analysis projects a decrease to 2.4 percent. The BEA attributes the slowdown partly to a slowdown in private inventory investment, while government spending and personal consumption contributed to growth. See the following post from Expected Returns. 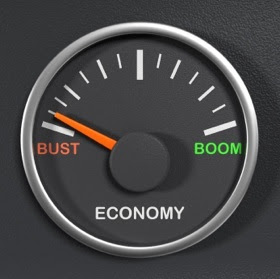 Real gross domestic product -- the output of goods and services produced by labor and property located in the United States -- increased at an annual rate of 2.4 percent in the second quarter of 2010, (that is, from the first quarter to the second quarter), according to the "advance" estimate released by the Bureau of Economic Analysis. In the first quarter, real GDP increased 3.7 percent.

In a recurring theme throughout this recession, the government is the only sector that continues to recklessly spend. Of course the unemployment rate, housing, and organic economic activity doesn't budge in response, but that's not changing our government's spend, spend, spend mindset. After all, without trillions of taxpayer dollars going directly to banks and failed insurance, auto, and mortgage servicing companies, we would have had, according to our genius leaders, 15% unemployment (or some other magical figure conjured up from their imagination).

Inventories accounted for 44% of the growth in GDP in the 2nd quarter, which is a pattern that should soon reverse. It appears the upside surprises in economic activity are behind us, and that the inventory cycle has rebalanced. Now our economy will have to grow on the strength of real demand.

There really is no doubt that the economy is slowing again. Upside surprises are turning into downside surprises, and the mystical green shoots recovery is being exposed as the sham it always was.