The weak stock market and the threat of higher taxes may have contributed to dragging down the sentiment of millionaire investors in the US. The Spectrem Millionaire Investor Confidence Index fell to the lowest level in a year indicating that affluent investors are becoming more bearish. See the following article from The Mess That Greenspan Made.

U.S. investors with assets in seven or more figures 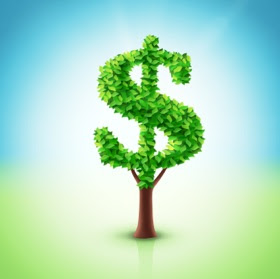 are not feeling nearly as chipper about the domestic state of affairs as they were over the last year or so, that is, when stock prices were generally rising. Reuters reports on how their mood has soured.

The Spectrem millionaire investor confidence index fell to its lowest level in more than a year in August as wealthy U.S. investors worried about politics and unemployment, according to Spectrem Group.

The Spectrem Millionaire Investor Confidence Index fell 11 points in August to -18, its lowest level since June 2009, when it fell a record 18 points to -20 shortly after the S&P 500 index hit a 12-year low.

The move returns the index to mildly bearish territory after 12 straight months in neutral.

The Chicago-based consulting firm, which specializes in affluent and retirement markets, defines neutral as between -10 and +10 in the index, which ranges from -100 to +100.

“The millionaires’ decline is particularly troubling since it suggests millionaires, typically more sophisticated than the broader affluent population, are reverting to a bearish frame of mind,” said George Walper, president of Spectrem Group.

As you might expect, it’s not the high unemployment rate and the increasingly slim chance that the lives of their children will be better than their own that is increasingly bothering the well heeled-crowd. It’s more the double whammy of a stock market slide about to extend into its fifth month and the prospect of paying higher taxes in the years ahead that have combined to lower their expectations of the future.