What Will Get Private Money Off The Sidelines?

Barbara Kiviat, writer for Time magazine, argues that it is time for businesses to take the lead in bringing the economy back by taking some risks and expanding their companies. Economist Mark Thoma adds that until significant private money comes off the sidelines without government inducement, the economic pump will continue to stall. See the following post from Economist's View. 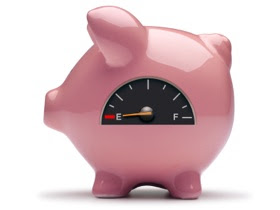 at says it's time for businesses to stop whining:

The uncertainty excuse needs to come to an end, by Barbara Kiviat: Health care reform passed. Now it looks like financial re-regulation will, too. For a long time, businesses have been complaining that they can't hire and they can't invest because of all the uncertainty the Obama Administration has injected into the system. Who can make plans when no one knows what the American health care system will look like or how various prongs of our financial system will be forced to change?

Well, increasingly, we have answers to those questions. So maybe it's time to stop blaming the government for the state of the economy and job creation.

Maybe, instead, it's time for business leaders to—ahem—lead and make some decisions about the futures of their companies. Jeffrey Immelt, the CEO of General Electric, said as much yesterday on CNBC. When asked about Administration-generated uncertainty, he gave the standard line—that business people like clarity and certainty, and that big new pieces of legislation take things in the other direction. Then he added: "Look, GE has a lot of cash. Investments like the one we're making today, $200 million in clean energy, you know, we're going to do that with or without the government. I think it's wrong for us to use that as an excuse." ...

Now, I am sympathetic to businesses being somewhat hamstrung by economic uncertainty. Are we coming out of this recession once and for all, or are we headed toward a double dip? That is the sort of thing that makes it tough to decide whether or not to hire or open a new plant. ... Executives love to ... talk about how the President should show more confidence in the economy. That probably wouldn't hurt. But you know what would actually help? If these same executives did that themselves by going out, taking some risks (what they're paid millions of dollars to do!) and expanding their companies. ...

Private enterprise is what will ultimately save the economy and create jobs. It's easy for the people at the wheel to come up with excuses about why they aren't doing that. Fundamentally, though, the power resides with them.

The claim that uncertainty over legislation was holding firms back is not a serious complaint, it's an attempt to put up every possible obstruction to new legislation that might impact the private sectors ability to conduct themselves as they have in the past.

As for confidence, I have argued for a long time that one sign that we are finally in a self-sustaining recovery will be private money coming off the sidelines and taking risks without government inducements to do so. So far, we aren't seeing that to any significant degree. The president can talk all he wants about how confident we should be in the economy (perhaps at risk to his own credibility since it's obvious we still have problems to solve), but confidence won't build until the private sector takes the lead. The mistake has been that the government has not done enough to prime the economic pump so that the private sector can then take over on its own, not that it has done too much.