Unemployment numbers improved slightly by July 24th but over the past 8 months initial claims have moved sideways. Moses Kim writes that the labor market continues to be very weak, making talk of recovery premature. See the following post from Expected Returns. 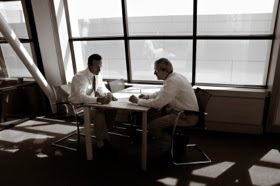 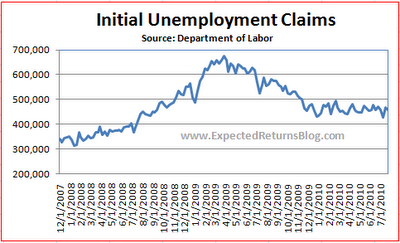 Initial claims fell slightly in the latest week, with the 4-week moving average of claims moving down as well. However, the labor market is still showing tremendous weakness.

Initial claims have been going sideways for about 8 months now. If we were really in an economic recovery, an improvement in unemployment claims should have materialized by now. All recovery talks are premature until we get below 400,000 in initial claims.