The Short Sale Dilemma For Banks

Reducing loan principals present a dilemma for banks; while reducing a borrower's loan principal may prevent the bank from the costs of a short sale, large scale principal writedowns could have significant negative impact on a banks' balance sheets. While the political winds seem to lean towards employing more loan principal writedowns to keep Americans in their homes, the strategy is a slippery slope that could lead to unintended consequences. See the following article by Paul Jackson from HousingWire. 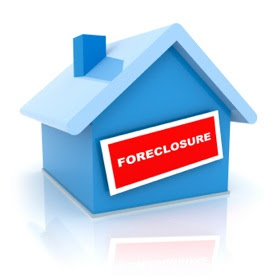 This past week, I received an email from one of my dearest friends that has really stuck with me. It illuminates perhaps one of the single largest shifts in borrower psychology likely to come from a push to short sales:

My neighbors are being foreclosed on. He is an civil engineer, and she is a retired banker. They are the most wonderful people I have ever met, and have been such sweet giving neighbors. She basically designed and built the house from scratch.

The house and land (1.3 acres) was valued at $1.8m a few years ago. Now, they are behind on payments and the bank wants to force a short sale for only $700k. She told me that she tried to modify the mortgage twice already, and has been turned down. She is willing and able to make payments on the $700k amount, but the bank is refusing and would rather sell to someone else.

The message paints an interesting picture of a potentially hidden angle to the recent short sale push by the Administration, banks, and Realtors: a renewed call for broad principal forgiveness.

It’s not too hard to see this sort of thinking quickly becoming the norm among many distressed homeowners, as a push for short sales grows ever stronger and many ask themselves why someone else is getting the better deal. More than 11 million borrowers currently owe more on their mortgage than it is worth, according to CoreLogic (CLGX: 18.09 +0.17%)—and this group of borrowers would love nothing more than to replace their current underwater mortgage with whatever the accepted “short sale price” is deemed to be.

I don’t know that such a response on the part of borrowers could be deemed irrational, either. Many will ask themselves why they have a mortgage at a higher amount, especially if the bank is willing to sell the house to another buyer for less money. Why does someone else get the lower purchase price? Isn’t easier for the bank to just give me that loan instead? I already live here.

It’s clearly a slippery slope, and not even a steep one, from a short sale push towards an outright push for the write down of mortgage principal to “short sale levels.” I suspect, in fact, that this is part of the reason some large commercial banks—Bank of America (BAC: 15.24 -1.17%) among them as of late—are working feverishly to get in front of this end game, announcing principal reduction programs that are great press exposure, and yet also protect their financial interests as much as possible.

Because the truth is that the bank and/or investor may not always have the luxury of defining their terms on principal write downs, especially not with elections looming this coming November. It’s only late June, after all.

Of course, reality is much more complicated. Generally speaking, the mortgage world can best be divided up into three sub-worlds: the GSEs, private-label securities, and whole loans. Depending on what class of mortgage asset you tend to hold, your viewpoints can differ dramatically; and if you hold all three, as most commercial banks tend to do, you’re facing more than a mild case of financial schizophrenia.

While the truth is many investors are in favor of principal write-downs, at least to a point—and many investors buying distressed whole loans are already forgiving significant amounts of principal, because they can—many commercial banks are hamstrung by such a maneuver. What’s more, plenty of consumers (rightfully) roil at the notion that financial rewards would ever accrue to the worst performers.

For most major commercial banks, for example, their whole loan portfolios present a distinct set of challenges apart from any securitized servicing they do—especially in the case of second liens (which I’ve written about before). Wide-scale principal reduction for these banks means recognizing massive losses on their second lien portfolios, losses that would blow a hole in their balance sheets so large that even the coziest of regulators wouldn’t be able to ignore it.

I’m pretty sure that right now, there isn’t the political will to fund another banking sector bailout. But the will to reduce principal is already embedded in our government’s short sale push—from there, it’s only a hop, skip and a jump into the broader use of principal reductions.

This article has been republished from HousingWire. You can also view this article at HousingWire, a mortgage and real estate news site.
Posted by: NuWire Investor @ 5:54 AM