As political unrest is surfacing around the globe due to factors such as underfunded social obligations, there is an increased risk of a widespread collapse in public confidence. A lack of confidence is currently reflected by investors flocking to what they perceive as safer options for protecting their wealth. See the following post from Expected Returns.

Gold permabears are starting to be more vocal in th 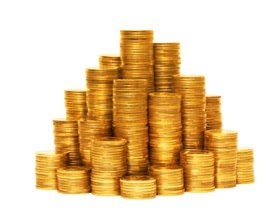 eir bearish calls and gold bubble talks are pervasive. All of a sudden everyone is an expert on why gold is overvalued. This is truly music to my ears. The ignorance surrounding gold has reached all-time highs with the mainstream media now calling gold a fiat currency and a Ponzi scheme! Wow. Do I even have to address such ignorance?

So what does this mean for gold investors? It means you should brace yourself for an imminent monster rally.

Anyone who scans the news knows that the political landscape is deteriorating. We are already seeing all-out civil unrest in Greece, Jamaica, and Thailand; and it appears that all of Europe will soon follow suit. To add to the uncertain political backdrop, we are seeing tensions percolating in the Korean peninsula, and more recently, in the Middle East.

Underfunded social obligations are coming due across the entire Eurozone. Without the option of devaluing, European nations are forced to bite the bullet and resort to austerity measures. Austerity measures lead to civil unrest, which lead to higher gold prices. When your currency is getting shellacked on a daily basis and everyone around you is rioting, trust me, you won't be deterred by $1200 gold prices. Greek citizens are buying gold at a 40% premium, which gives you an idea of what happens when public confidence evaporates.

Investors scanning the globe are realizing that risks have increased in the last several weeks. In a Pavlovian manner, investors are flocking to the perceived safety of the U.S. dollar, U.S. bonds, and gold. Out of the 3 safe havens, only gold will withstand the test of time. But for the time being, all 3 assets will likely benefit from intensified investor fear.

Green shoots have withered; the economy is in the midst of a double dip; and confidence is waning- which means the conditions for a massive rally in gold are falling into place. Gold is your only true leading indicator. Investors will be confused by political, geopolitical, and economic developments, although they shouldn't be, since gold has been sniffing out events consistently.

The next wave up in gold should clear up misconceptions about what drives gold prices. I highly doubt inflation will be a major concern in the next 6 months. The more pressing concern will be the frustration of Americans rising to the surface. People are just starting to wake up to the fact that our leaders are positively incompetent. While our leaders babble about a non-existent economic recovery, gold will rise to record highs in defiance. It's up to you to decide whether you believe the empty words of politicians or gold.