The Erosion Of Public Faith In Currency

While politicians may steer away from comments that might result in creating panic about the potential long-term impact of governments' growing deficits, the reality is that public faith in the current currency systems is eroding. With governments continuing to print trillions of dollars to prop up short-term economic gains, individual investors are realizing the truth and buying gold. See the following post from The Mess That Greenspan Made.

If the price of gold were not soaring, baffling the l 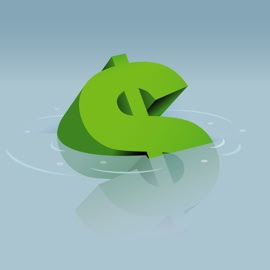 ikes of Fed Chief Ben Bernanke who seems to think it is just an ordinary commodity and a monetary relic, it might be a little more difficult to explain to economists like Paul Krugman why there is a big move toward austerity now sweeping the globe. But, it is, so it’s not.

Despite the best intentions of the dismal set that has cajoled governments into printing trillions of dollars in recent years in an ineffectual attempt to sustain that which is unsustainable, a lot of people are now more scared of a currency collapse or some other systemic breakdown of a failed system than they are of breadlines. Sadly, this reality seems beyond the grasp of some economists, the most recent example being this commentary where the author doesn’t even know why no one will explain it to them.

Press German officials to explain why they need to impose austerity on a depressed economy, and you get rationales that don’t add up. Point this out, and they come up with different rationales, which also don’t add up. Arguing with German deficit hawks feels more than a bit like arguing with U.S. Iraq hawks back in 2002: They know what they want to do, and every time you refute one argument, they just come up with another.

Here’s roughly how the typical conversation goes (this is based both on my own experience and that of other American economists):

German hawk: “We must cut deficits immediately, because we have to deal with the fiscal burden of an aging population.”

Ugly American: “But that doesn’t make sense. Even if you manage to save 80 billion euros — which you won’t, because the budget cuts will hurt your economy and reduce revenues — the interest payments on that much debt would be less than a tenth of a percent of your G.D.P. So the austerity you’re pursuing will threaten economic recovery while doing next to nothing to improve your long-run budget position.”

Only those who possesses an unwavering faith in paper money and its central bank stewards fail to see that people are losing faith in the current system and figure that maybe we ought to dial back on the money printing and borrowing because the only real good it’s done is to enrich those bankers who survived. The system is failing and people are realizing this – that’s why they’re buying gold and for a politician to come out and say this would only make the situation worse in the near-term. It’s really not that complicated.