Greece has agreed to a bailout deal which will will be partially funded by United States via the IMF. The drastic situation in Greece can be traced back to excessive entitlement programs in which employment is in effect constitutionally guaranteed. See the following post from Expected Returns. 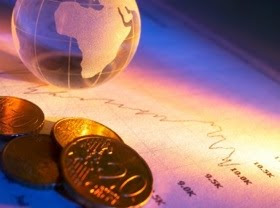 From the New York Times, Greece Agrees to a Bailout Deal with EU and I.M.F.:

Prime Minister George Papandreou said Sunday that Greece had reached an agreement with the International Monetary Fund and the European Union on a long-delayed rescue package that is expected to be worth as much as €120 billion. The deal aims to help the country avoid debt default and prevent economic contagion from spreading throughout the region.

In a televised statement to the nation, Mr. Papandreou urged Greeks to accept “great sacrifices” to avoid “catastrophe.”

“I have done and will do everything not to let the country go bankrupt,” he said, appearing sober and resolved in front of his cabinet and appealing to Greeks to show patriotism at a moment of deep crisis. “I want to tell Greeks very honestly that we have a big trial ahead of us.”

He signaled that public-sector employees would see their salaries further reduced, while pensions for retired civil servants would be scaled back. He said members of Parliament would do without their bonuses. He added that in tough negotiations with the International Monetary Fund, the European Union and the European Central Bank, the government had succeeded in avoiding cuts to private-sector salaries.

Prime Minister George Papandreou is correct- Greece's economy is going to stagger for many years. While the IMF and EU imposed austerity measures are much-needed, I have serious doubts over whether the entitled citizens of Greece will have much patience for the sacrifices that lie ahead.

In a time of crisis in our own backyard, American citizens must be overjoyed that they are funding a large portion of the bailout via the IMF. Will Greece come to the rescue when our states start requiring bailouts? I doubt it.

Finance Minister George Papaconstantinou set out some of the details of the austerity measures that are required for the bailout package, which were expected to be disclosed in Brussels later Sunday.

He said that Greece would make budget cuts of €30 billion, or $40 billion, to reduce the budget deficit to less than 3 percent by 2014.

Mr. Papaconstantinou, who was to fly to Brussels for an emergency meeting of euro zone finance ministers, said Greece had agreed to raise its value-added tax to 23 percent from 21 percent, to cut civil servants’ wages and to eliminate public-sector annual bonuses amounting to two months’ pay.

He said special rules allowing for early retirement of civil servants would be tightened. He said the government also intended to increase taxes on fuel, tobacco and alcohol by about 10 percent.

Crucially, Mr. Papaconstantinou did not address the critical issue of whether the government would relax rules on laying off public workers, whose generous salaries and benefits have been a major cause of Greek’s debt problem. Until now, the government has not been able to lay off civil servants, whose employment rights are in effect constitutionally guaranteed.

The Greek economy is imploding at the seams in a clear repudiation of the welfare state. What else is to be expected when employment becomes a constitutionally guaranteed "right"? This sort of entitlement mentality from public sector workers is what stagnates economies. However, the entitlement mentality is so embedded in the mentality of Greek citizens that I have serious doubts about the potential success of austerity measures.

The same entitlement mentality exists in America where public sector workers reject pay cuts even when local budgets are strained and private sector jobs disappear. It is really not surprising that states find their budgets in disarray.

The future of America is crystal clear. The "rich" will face increased taxation to fund the entitlement programs that have become the norm in America. At the absolute linear level of thinking of do-gooders, a redistribution of wealth is not only equitable, but a boon to economic growth. In the real world of cause and effect, the rich (aka job creaters) will react to higher taxation and pull their capital and park it where it is respected.

Look for the focus of debt concerns to shift to America. We are in seriously bad shape with debt-to-GDP ratios approaching 100% and unemployment at persistently high levels.