Tim Iacono points out that governments must start facing the fact that the growing debt will need to be dealt with in ways that will likely be very painful. The alternative is to keep ignoring the problem which will inevitably lead to a dangerous "point of no return" in which no one believes that the debt can be serviced or paid back. See the following post from The Mess That Greenspan Made.

Recent developments in the euro zone that increa 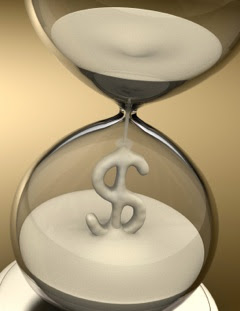 singly look like they will lead to the restructuring (if not the collapse) of one of the world’s major currencies and the potential for this “contagion” to move first north to the U.K. and then west to the U.S. have many people wondering what’s gone wrong with the global monetary system.

How could advanced Western economies have run into such trouble?

With trillions of dollars in debt now transferred from private sector balance sheets onto those of governments (where very different rules apply), could the problems seen in mainland Europe today spread to the British Isles and then to the U.S. where fiscal and economic conditions are, arguably, even worse?

Despite all the talk about slashing budgets in the former and upward revisions to economic growth forecasts in the latter, it seems clear that these two Anglo Saxon nations are not yet clear of danger and, if that danger comes, we may see something that rhymes not-so-nicely with the events of late-2008 as history is not prone to repeating exactly.

How did it come to this point of staring into the abyss and, perhaps, falling in?

Too much of it.

There are those who say that, like many things in life, a little debt is a good thing and this is very true.

Credit markets connect investors and entrepreneurs, both of whom presumably understand the risk that is involved, and when a good idea gets a little money behind it, wonderful things can happen – economic growth, job creation, and rising standards of living to name just a few.

And borrowing by governments is not necessarily a bad thing.

We all like new roads and bridges and, just like when a family buys a house, it’s difficult to make such big outlays with cash. Governments borrow to pay for costly infrastructure work just as households finance the purchase of new homes costing two or three times their annual income (at least that’s the way it used to be).
New Debt Not the Same as the Old Debt

Unfortunately, the borrowing and spending that has gone on over the last few decades in most of the Western world (not coincidentally, since the entire global monetary system lost its last tether to anything resembling a system of sound money) seems far removed from any of these “a little debt goes a long way” examples that, by and large, benefit society.

Over the last 30 years, a rapid expansion of credit and debt has been one of the major reasons why economies have grown at such an impressive pace and why asset prices have risen so high, but all the new debt hasn’t gone to build bridges and buy modest homes.

Up until recently, no one really seemed to notice the difference.

Having gone on for so long, it’s no wonder that most economists, analysts, and investors so quickly extrapolate these prior decade’s results into the future. But, a judgment like that assumes the system as we’ve come to it know since the days of the “Reagan Revolution” is sustainable and, after the events of the last few years, it should be clear that this is now at least a question that should be asked.

Sadly, too few are asking that question.

Now, just a year or so removed from the worst financial crisis since the Great Depression, we seem to be quickly approaching some sort of debt threshold – a “point of no return” that may have already been reached in parts of Europe – where no one believes that the massive amount of debt can still be serviced, let alone paid back.

Of course, unlike companies and individuals, sovereign governments with their own currencies have the option of paying back their debt with a currency that they can depreciate – by printing up more of it.

That certainly seems to be the explanation for why the “wolf pack” – those CDS, FOREX, and bond traders who insist on making ever larger bets against whichever country they deem the weakest – have left the U.K. and the U.S. alone.

At least, so far.

Anyone looking solely at deficits as a percent of GDP or debt-to-GDP ratios would surely have concluded that it’s not the eurozone (as a whole) that has a debt problem, it’s the U.K. and the U.S., both of whom seem happy to continue whistling past the graveyard.

Yes, there’s Japan too, but, as should be clear by now, being able to finance government deficits from domestic savings makes a big difference in when your “point of no return” starts to cause big problems.

Many claim that, under the stewardship of Ben Bernanke, we’ve avoided another Great Depression in the U.S. and that the borrowing and creation of trillions of dollars in order to do so is simply “the cost of doing business”.

Some say, “Hey, financial market panics happen every so often, and this one will just cost a little more to clean up than the previous ones.”

For today’s policymakers, the fact that trillions of dollars in debt have been transferred from the private sector to the public sector seems to be but a footnote to the history that is now being written and, while there is mounting concern about who’s going to bail out the central banks who bailed out the governments who bailed out the private sector, there’s far too little serious consideration of the possibility that all this amounts to simply rearranging the deck chairs on the Titanic.
A World of Debt Addicts

There is far too little admission of the basic problem here.

The entire West has become a group of debt addicts – governments, corporations, and individuals – and, instead of trying to have an intervention, we’re just giving lip service to the idea that we’ve spent too much money that we didn’t have and that we can’t continue to do so.

Like a true addict in desperate need of an intervention, current thinking is that, after being nursed back to health from what was a very nasty hangover – the worst yet – we’ll kick this habit for good, but, doing so now would just be too much to bear.

Unfortunately, we’ve heard that all before when the hangovers were far less extreme and, at this point in the discussion, perhaps the loss of brain cells due to excess consumption of alcohol is a more appropriate metaphor…

The current path is clearly unsustainable.

Why doesn’t someone just stand up and say, “Let’s just have a miserable next five years and clean up this mess rather than relegating the entire developed world to a lost decade … or two?”

Because the path back to a more reasonable lifestyle – where income better matches up with outlays and printing presses need not be run so often – is believed to be too hard.

Politicians have made promises that they can’t keep but they keep getting reelected because a lot of people in the world really believe that there is such a thing as a free lunch.

Now, that may be changing and one need look no further than in the U.S. where a growing percentage of the citizenry seem to like the idea of getting less from their government before the fact.

How they react when the cuts begin to affect them is a discussion for another day.

But, when you think about it, why should wealthy individuals collect social security when they don’t need it and why should public employees be so handsomely compensated when the government must borrow money to do so?

We’ve come to a crossroads where an unsustainable system of expanding credit and debt seems to have reached its upper bound and there are no pain-free ways to make the system sustainable again.

The problem is too much debt and the solution involves pain.

It’s time that we all got used to that idea.