While most investors in gold allocate just a small portion of their portfolio to precious metals, billionaire Thomas Kaplan has made a bold bet on gold. His strong belief that global economic instability will increase demand for gold has led him to invest a majority of his wealth in gold and other precious metals. See the following post from The Mess That Greenspan Made. 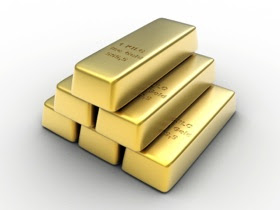 r financial markets. Stocks are tumbling around the world as another big bank failure in Spain echos the late-2008 U.S. banking crisis. The price of gold is rising smartly, right along with the trade-weighted dollar (which is almost never a good sign), as more and more investors around the world question the durability of the global monetary system that consists exclusively of paper money.

Here’s one more investor who doesn’t think much of the current system – mild mannered billionaire Thomas Kaplan - from a weekend feature article in the Wall Street Journal.

A Billionaire Goes All-In on Gold

Gold is setting records again, boosting the holdings of central banks, Armageddon worrywarts, and ordinary people who own gold bars, coins and jewelry.

But few individuals stand to benefit as much as low-profile billionaire Thomas Kaplan. A New York-born commodities magnate who earned a doctorate in British colonial history at Oxford, Mr. Kaplan oversees an empire devoted largely to gold.

Many fund managers and high-rollers have allocated small percentages of their portfolios to gold as a hedge against inflation. But Mr. Kaplan is the bull of bullion. He has gone further than perhaps any other major investor, betting the majority of his wealth on gold and other precious metals. And it reflects his deeply held conviction that global economic instability could bring rising demand for gold.

Through his firm, Tigris Financial Group, and affiliates, Mr. Kaplan has loaded up on bullion and bought up properties in 17 countries on five continents, where geologists are exploring for more.
…
Together, his holdings amount to a nearly $2 billion bet on gold, more than the Brazilian central bank’s bullion is currently worth.

It’s funny to think that, a few years ago, anyone saying, “I keep the bulk of my personal wealth in gold bullion and mining stocks” would have been looked upon as some sort of a nut – either of the tin-foil hat or black helicopter variety. But, not so much anymore.