Are We In The Middle Of A Megatrend In Gold?

More than just a hedge against inflation, the price of gold has served as a reflection on the level of public confidence throughout history. With a housing crash, record low approval rates of the US government, and global riots, the current decade has started on a note of low public confidence – which should translate into explosive growth for gold prices. The following post from Expected Returns has more on this.

As I've mentioned repeatedly in the past, go 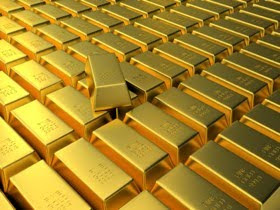 ld is perhaps the most misunderstood asset in the world. Try to explain to people the true nature of gold and expect to be greeted with petulant disdain. It took more than a little arm twisting for me to convince people that gold is a currency and not a commodity. With a bona fide meltdown hitting Europe, people are starting to wake up and smell the roses.

Gold will eventually trade at obscene levels because of a collapse in public confidence. Only then will people realize that it was only public confidence that propped up our entire monetary system.

The confidence model suggests there will be a day of reckoning. The confidence model is dynamic, for it accounts for the vagaries of human nature. As Newton so famously quipped, "I can calculate the motion of heavenly bodies but not the madness of people."

Humans are slaves to false paradigms. We think in terms of bell curves and linear progressions. We presume order in markets when, in fact, chaos reigns supreme. Linear models fail to predict the truly monster moves because the world is dynamic. For example, models cannot predict stock market crashes because they are fueled by panic selling and human vicissitude. Likewise, you simply cannot model the type of panic buying that will come into the gold sector as public confidence collapses.

Gold is unique because it serves as a global referendum on public confidence. Humans always behave the same historically; they mimic the crazy behavior of others. Why do you think the French Revolution followed the American Revolution? It is this "contagion effect" that leads me to believe civil unrest will intensify around the world. With rising civil unrest comes collapsing public confidence.

The collapse in public confidence.

Baby Boomers often remark that the last time they remember public confidence so low was the 1970's. You know what? They're right. Here's a quick rundown of the 1970's.

This was a period of low public confidence. Gold exploded.

This was a period of high public confidence. Gold promptly collapsed.

We are in a period of low public confidence. Gold is flying.

What I'm trying to offer my readers is a different way of looking at the world. It is never so simple as inflation vs deflation, good economy vs bad economy, or high interest rates vs low interest rates. We live in a complex world. Most analysts, quite frankly, do not have even an elementary understanding of gold. Think big picture folks. There are way too many indicators pointing to much higher gold prices. Make no mistake about it, we are in the middle of a megatrend in gold that will be fueled by a collapse in confidence. All gold projections go out the window when human emotions are involved, and believe me, we will see panic buying eventually.

This article has been republished from Moses Kim's blog, Expected Returns.
Posted by: NuWire Investor @ 5:58 AM